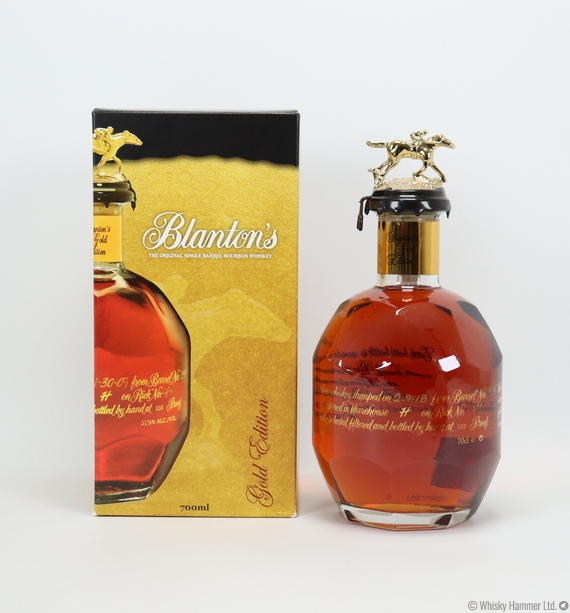 A beautifully presented bottle of Blanton's Bourbon bottled by hand.