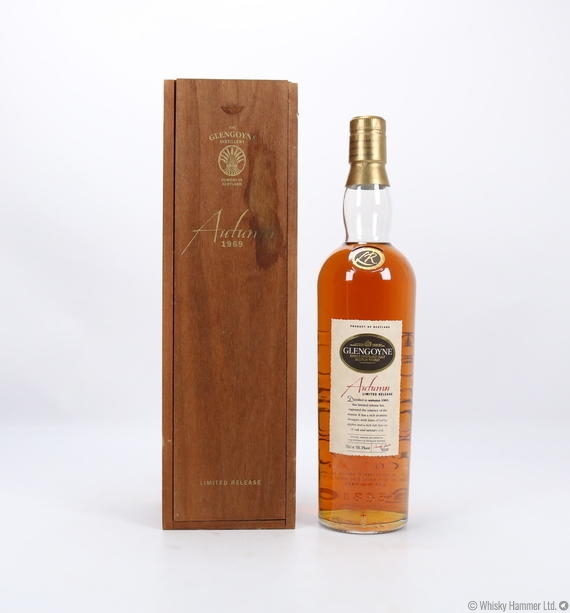 Glengoyne Distillery is a whisky distillery continuously in operation since its founding in 1833 at Dumgoyne, north of Glasgow, Scotland.

Distilled in Autumn 1969, this limited release has captured the essence of the season.  It has a rich aromatic bouquet with hints of toffee apples and a rich full flavour of oak and sandalwood.