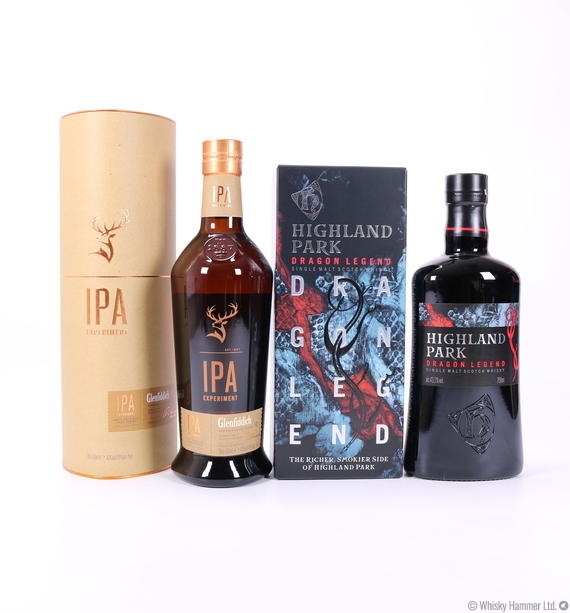 Dragon Legend is inspired by the ancient tales of the Vikings who ruled Orkney over 600 years ago.Peat taken from Hobbister Moor (local to Highland Park Distillery) gives this release an intense, aromatic smokiness.  A 70cl bottle at 43.1% strength.

From the Speyside distillery, Glenfiddich, this is the first of two "Experimental Series" whereby the whisky has been finished in casks seasoned with India Pale Ale.  Beforehand the casks had been used to create a special beer which was aged in the ex-whisky casks from Glenfiddich!  A 70cl bottle at 43% strength.