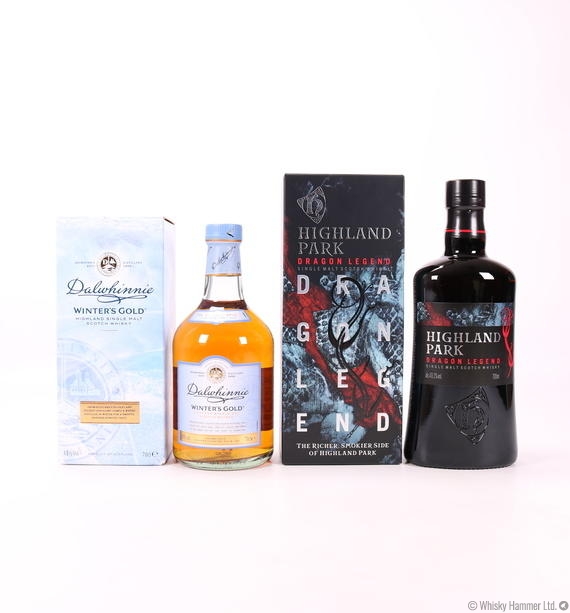 Dragon Legend is inspired by the ancient tales of the Vikings who ruled Orkney over 600 years ago.Peat taken from Hobbister Moor (local to Highland Park Distillery) gives this release an intense, aromatic smokiness.  A 70cl bottle at 43.1% strength.

Dalwhinnie "Winter's Gold" has been crafted only using spirit distilled between October and March (Scottish Winter Time) allowing the liquid to be intensified by the Cold copper. The resulting whisky has a rich, deep character - bringing smooth honey flavours with hints of spice and soft heather.  A 70cl bottle at 43% strength.