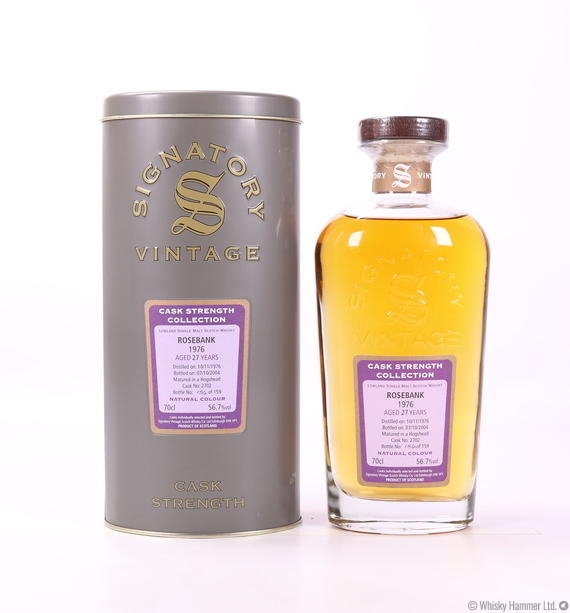 Distilled at the now closed Rosebank distillery on the 10th November 1976, before bottling on 7th October 2004 after maturation in a hogshead cask (No. 2702) for 27 years.