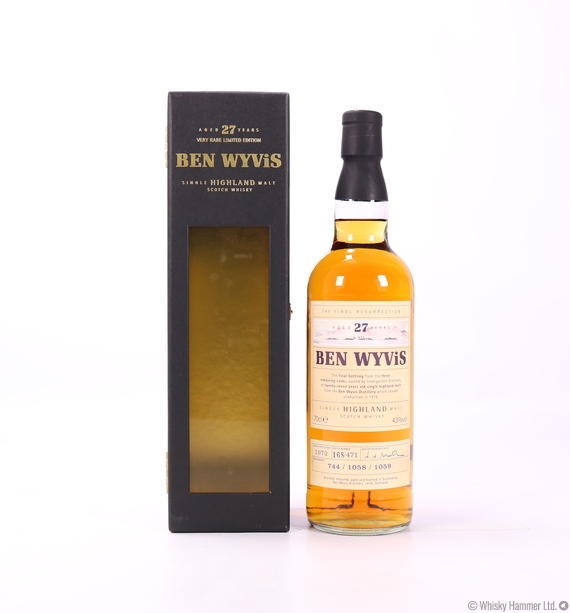 When Ben Wyvis was dismantled in 1977, the stills were saved and eventually used by the Glengyle distillery.

This 27 year old Ben Wives single cask strength was distilled in 1972. Part of a final bottling from three remaining casks from the Ben Wyvis distillery which ceased production in 1976, this is bottle number 168 of 471.