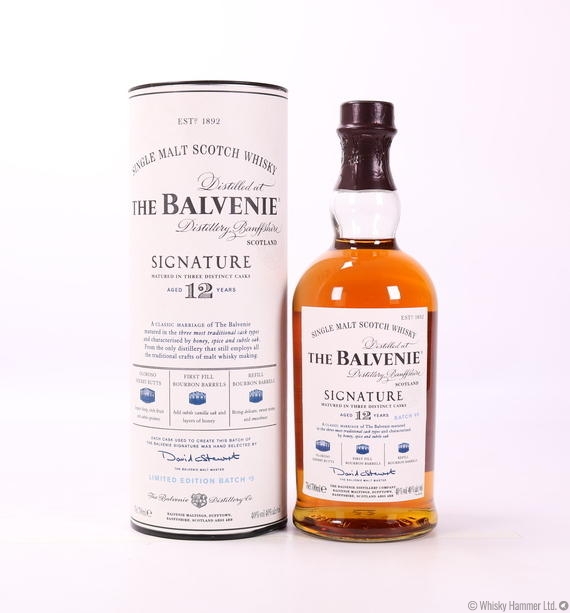 From the Balvenie distillery, this is "Signature" batch #5, a 12 years old Limited Edition release.  The whisky contained is a classic marriage from Balvenie, matured in the three most traditional cask types; sherry butt, first-fill bourbon barrels & refill bourbon barrels.

Each cask used to create this batch of Balvenie Signature was hand selected by Malt Master David Stewart.