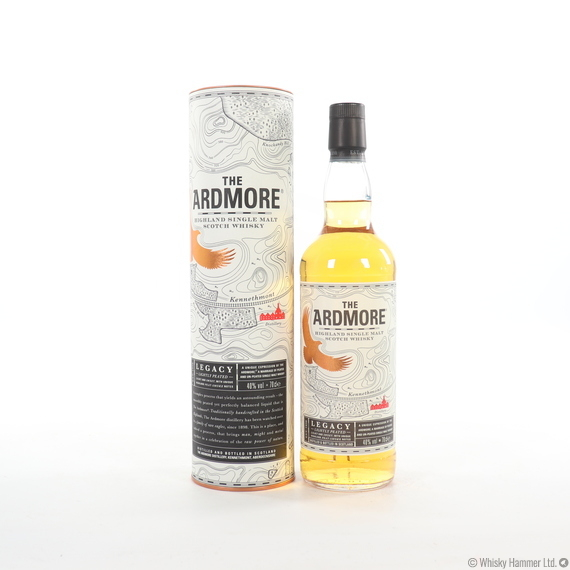 A marriage of peated and un-peated single malt whisky.