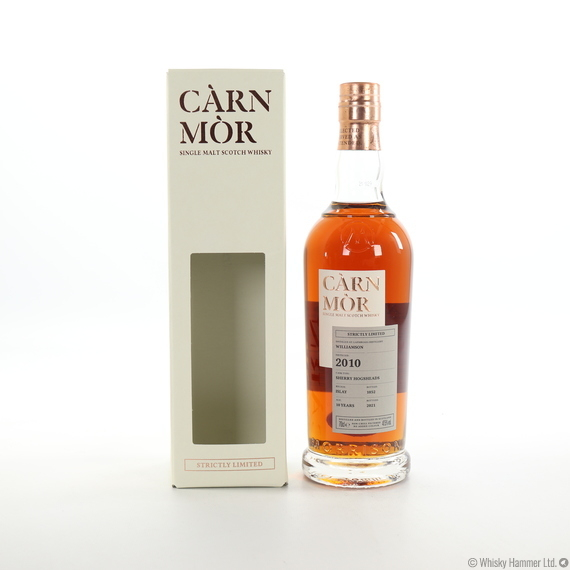 Distilled at Williamson (Laphroaig) distillery in 2010 and matured for 10 years in sherry hogsheads before being bottled in 2021 by Morrison Distillers for their Càrn Mòr Strictly Limited range.