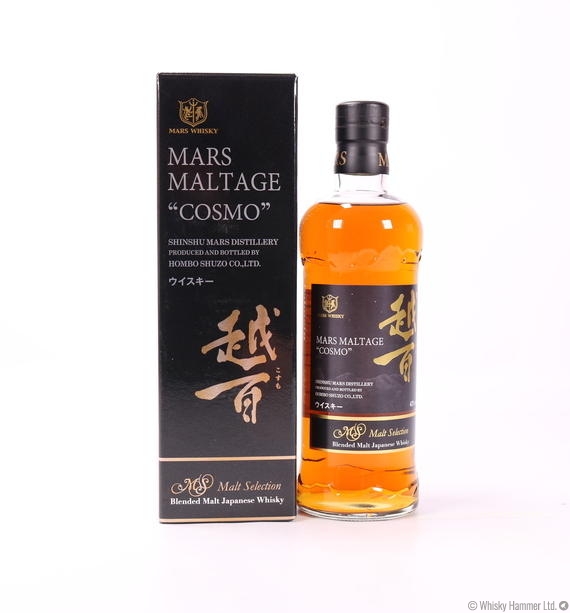 The Hombo family have been distilling for more than a century and they added whisky to their repertoire in 1949. Back then the distillery was located inKagoshima Prefecture on the southern most island of Kyushu. Until 1984, it was the southernmost whisky made in Japan, which ended with the Hombo clan moving the distillery to the idyllic alpine setting of Miyada village in southern Nagano Prefecture.

A bottle which contains whisky from the Shinshu Mars Distillery which started production again in 2011.

Part of the Cosmo series this bottle contains some Scotch Whiskies with their producers undisclosed.