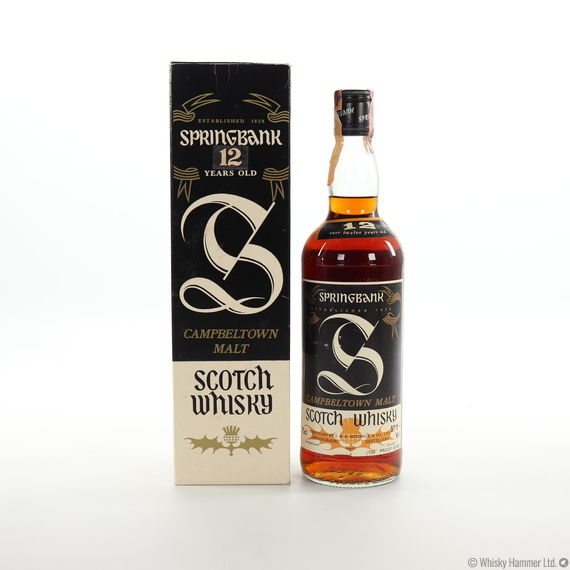 This 12 Year Old Springbank single malt is an extremely rare and highly sought example of an official bottling of Springbank from the early 1980s, bottled for Samaroli Imports.

Bottled at cask strength, the whisky is rumoured to be the same liquid as that of the Samaroli Springbank that was awarded 98 points on WhiskyFun.com