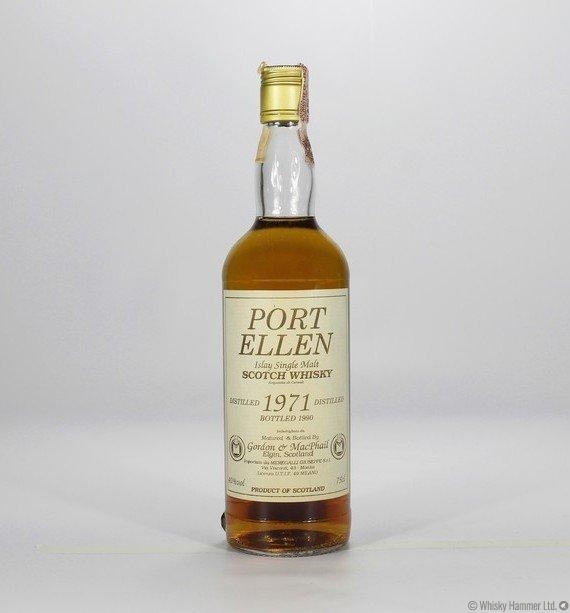 From the silent distillery, Port Ellen, this whisky was distilled in 1971 and bottled in 1990 by Gordon and MacPhail before being exported for the Italian market.