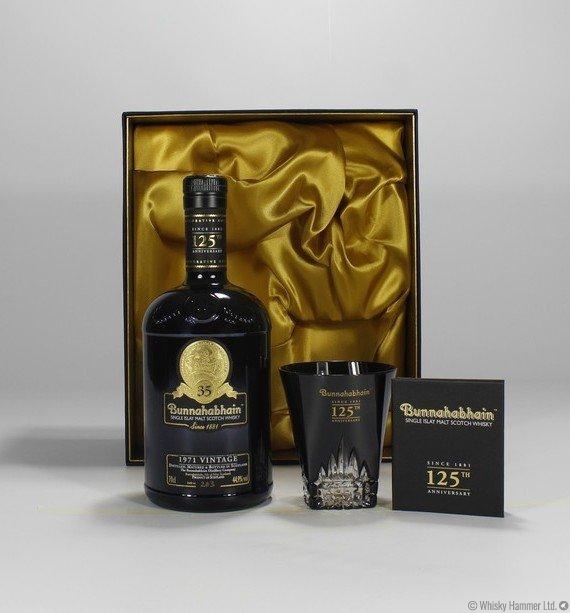 From the Bunnahabhain distillery, this special bottle was distilled in 1971 and bottled at 35 years old to commemorate the distillery's 125th anniversary.  Accompanied by a beautiful crystal whisky glass as a set in presentation case.  This is bottle number 263 of 750.