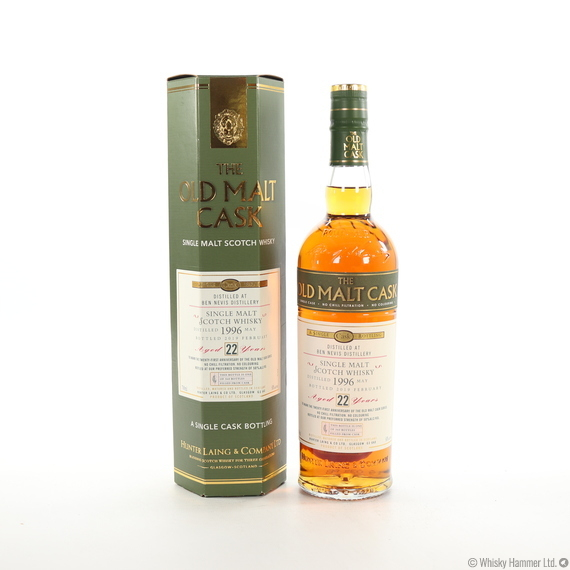 Distilled at Ben Nevis distillery in May 1996 before being bottled by Hunter Laing as part of their Old Malt Cask range in February 2019 to mark their 20th Anniversary of the series.

This is one of 360 bottles available.