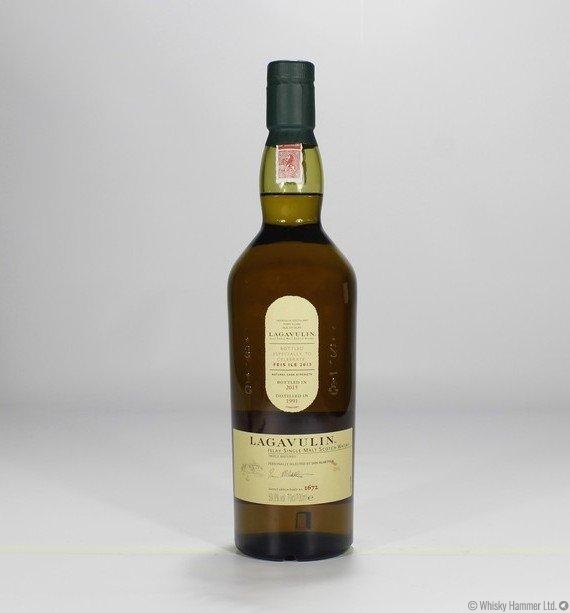 This is the 2015 Feis Ile bottling from Lagavulin - a triple matured whisky personally selected by Iain McArthur.

One of the most sought after bottles from Fèis Ìle festival, this Lagavulin was Distilled in 1991 then bottled in 2015 at natural cask strength.

Only 3,500 of these bottles were released at the distillery on Islay - this is bottle number 1672.