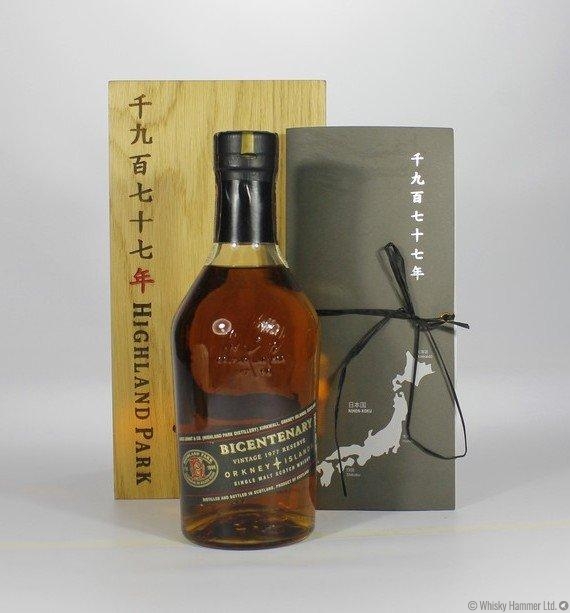 Originally thought to be sold out in 1997, this 21 year old bicentenary release from Highland Park was 1 of 690 bottles discovered in a Japanese warehouse in 2008.  Re-packaged in some beautiful Japanese designs, this has become a very rare Highland Park.