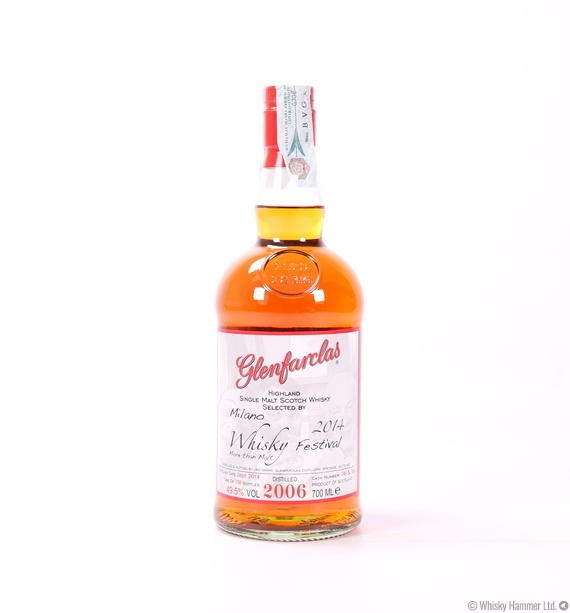 Glenfarclas Highland Single Malt, bottled specially for the Milano Whisky Festival of 2014, was distilled in 2006 from cask number 749 and 750.