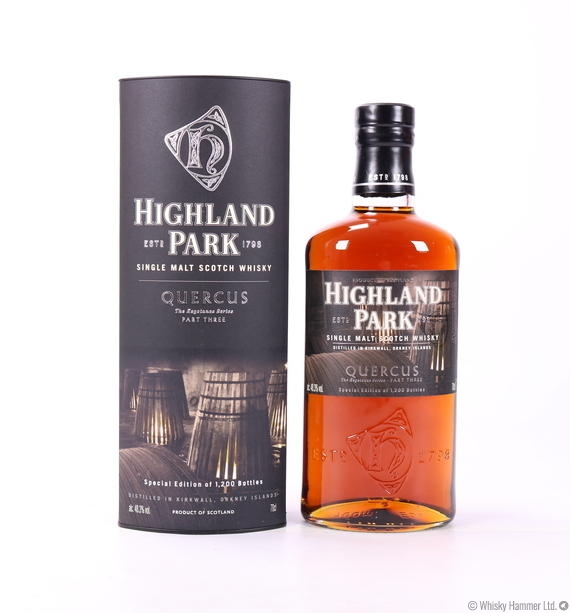 An exclusive limited edition release from Highland Park in 2017, "Quercus" is the 3rd release in the Highland Park Keystone Series – a collection of special bottles that highlight the five Keystones of production which combine to make Highland Park stand apart from other Single Malts.  The bottle was released exclusively to the distillery / online shop and sold out very fast.

Quercus is named after the species of oak that is used to make the casks and explores the impact they have on the character of the whisky.