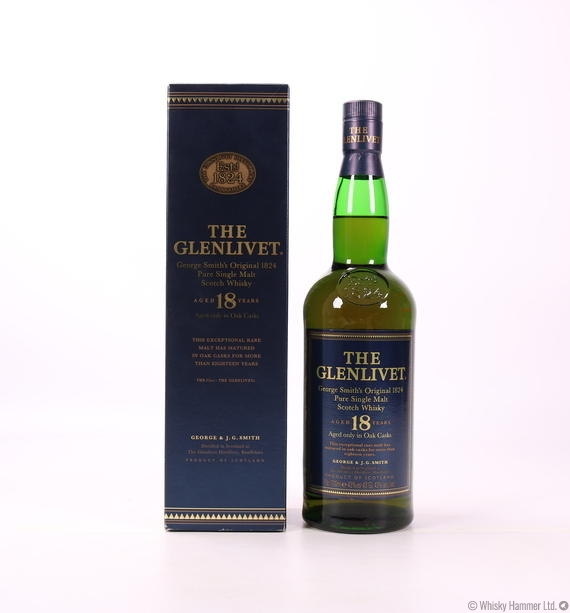 From the Speyside distillery, Glenlivet, this is a popular 18 year old whisky, contained in an older style bottle.