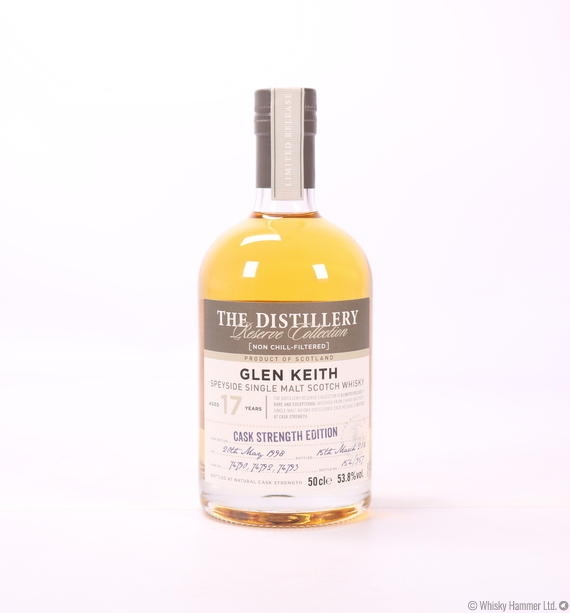 This limited edition Glen Keith, Cask Strength - 17 Year Old 1998, is part of a special cask strength range created by Chivas Brothers and was originally only available to visitors of the distillery.

Bottled straight from the cask, this whisky was distilled in 1998 and bottled in 2016.