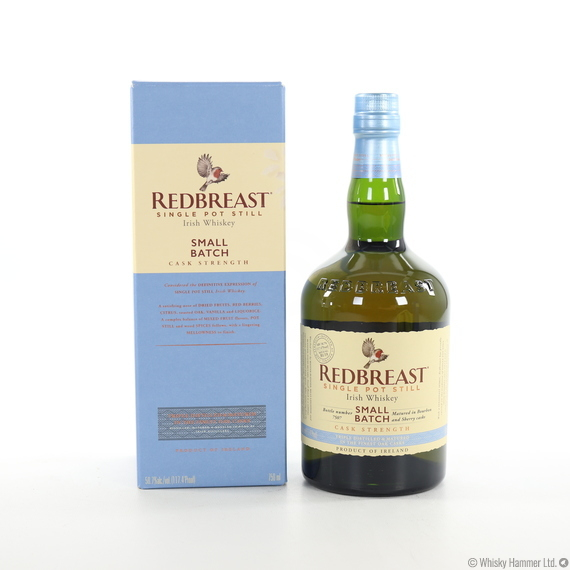 This cask strength edition of Redbreast single pot sill whiskey from Midleton is tripled distilled and matured in American Oak Casks and Spanish Sherry Butts. The whiskies were then re-casked in Oloroso Sherry Butts to heighten the signature sherried Redbreast style.