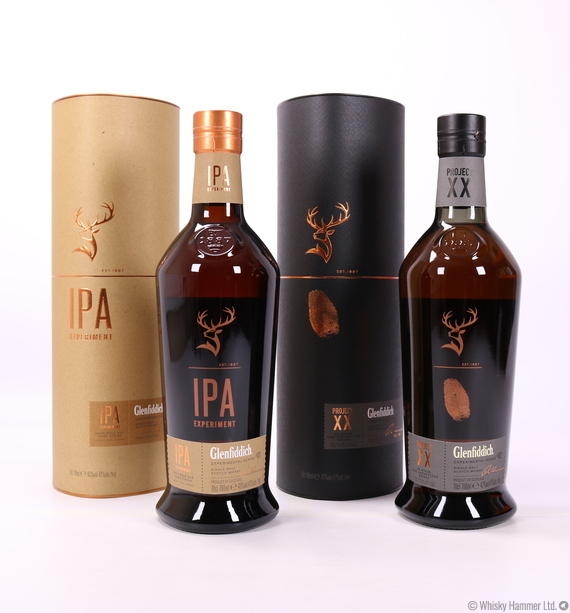 IPA Experiment - From the Speyside distillery, Glenfiddich, this is the first of two "Experimental Series" whereby the whisky has been finished in casks seasoned with India Pale Ale.

Beforehand the casks had been used to create a special beer which was aged in the ex-whisky casks from Glenfiddich.

XX Experiment 2 - This is the second release of the Experimental Series. Project XX (pronounced 'twenty') is single malt vatting of 20 different casks, which include, Sherry Butts, Port Pipes and First-Fill Bourbon casks.