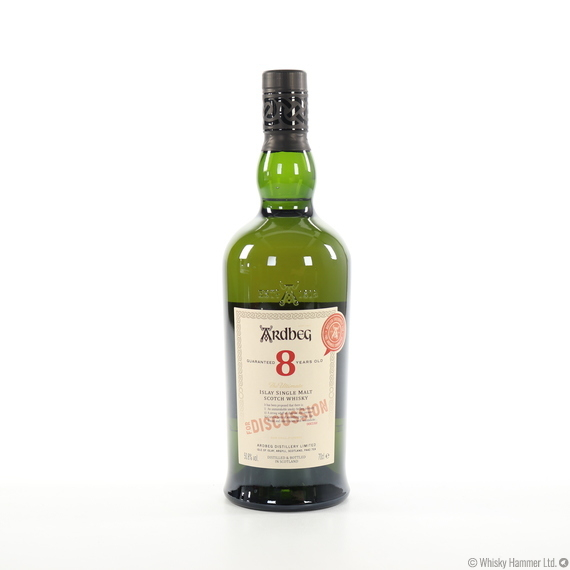 A 2021 Committee Only release - Ardbeg 8 year old (For Discussion). A big, youthful, deliberately challenging whisky with an unmistakeable smoky intensity.