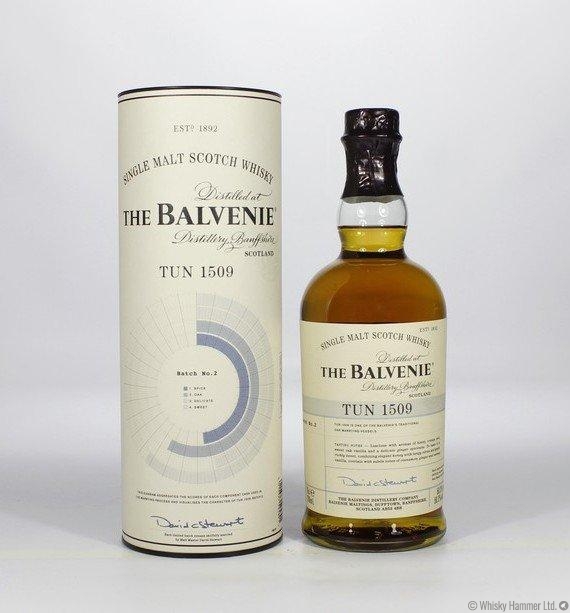 The second batch of TUN 1509 from Balvenie has been created using a selection of 32 of the finest casks, hand selected by Malt Master David Stewart from the distilleries precious aged stocks; 18 traditional American Oak barrels, 5 American Oak hogshead, 7 European oak sherry butts and 2 Sherry hogshead.  These whiskies were married in tun 1509 for several months before bottling.

This is a rare interpretation of the marrying process and allows all 32 casks to come together to create a unique expression of The Balvenie that’s greater than the sum of its constituent parts.

The packaging presents a chart of the main taste characteristics of each of the 32 casks that were married together in the making of TUN 1509 Batch 2.