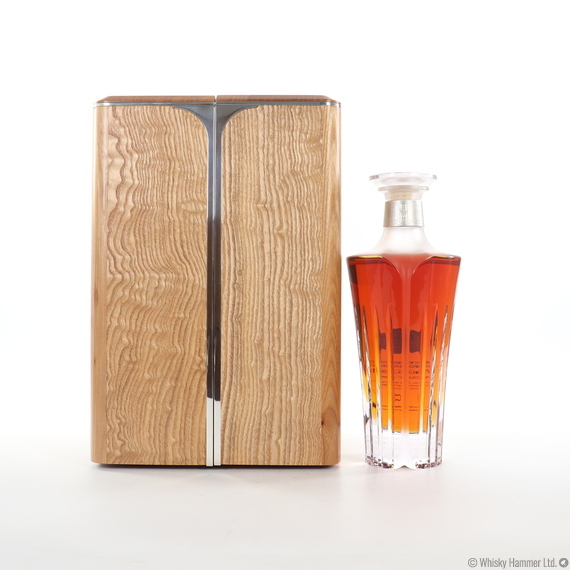 This fantastically rare and sought after bottle of Irish single malt was distilled in 1973 at the Old Midleton Distillery before its closure a year later. Under the supervision of Barry Crockett and his son Max, and later Brain Nation - it was matured in a third fill bourbon cask and bottled at cask strength 46 years later.

Presented in an attractive Waterford Crystal Decanter, the bottle is then housed in a presentation box (made from American walnut, sterling silver and leather) crafted by renowned Irish designer John Galvin, finished with ancient oak (up to 200 years old) from reclaimed whiskey vats as well as elm and rare Japanese tamo. The collection has been inspired by natural elements - fire, water, wood and earth, with the second release paying homage to the role of water and the Dungourney river.

Just 70 of these decanters were produced. Bottle number has been digitally blurred out at the request of the seller.