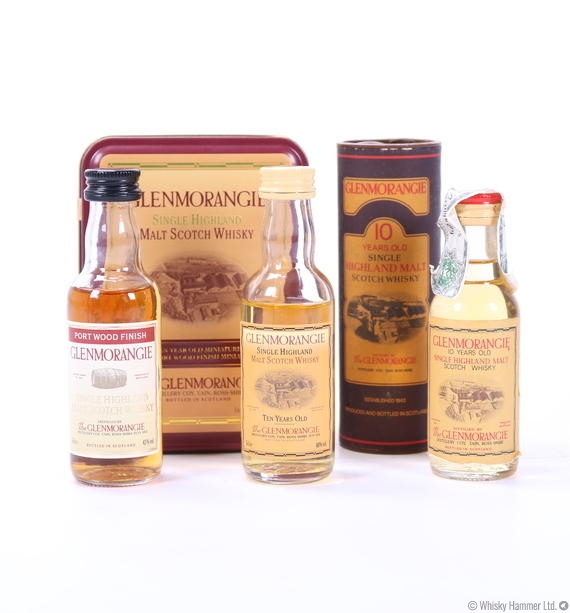 With tin and box.