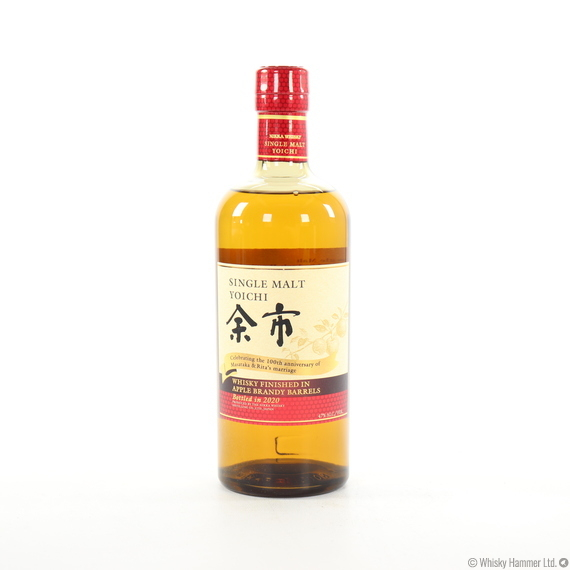 This bottle of Nikka Yoichi has an Apple Brrandy Wood Finish. Bottled in 2020 to celebrate the 100th wedding anniversary of Masataka and Rita's marriage.