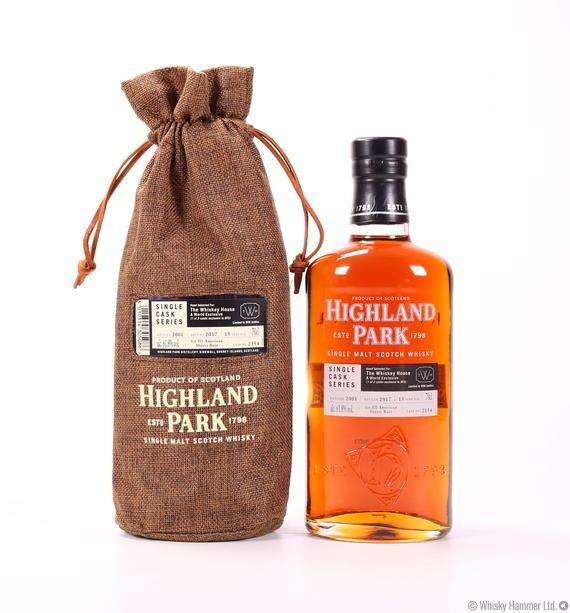 Part of Highland Park's Single Cask Series, this Malt was distilled in 2001 before being bottled in 2017 after maturation in a sherry cask. Hand selected for The Whisky House, this is one of only 606 bottles.