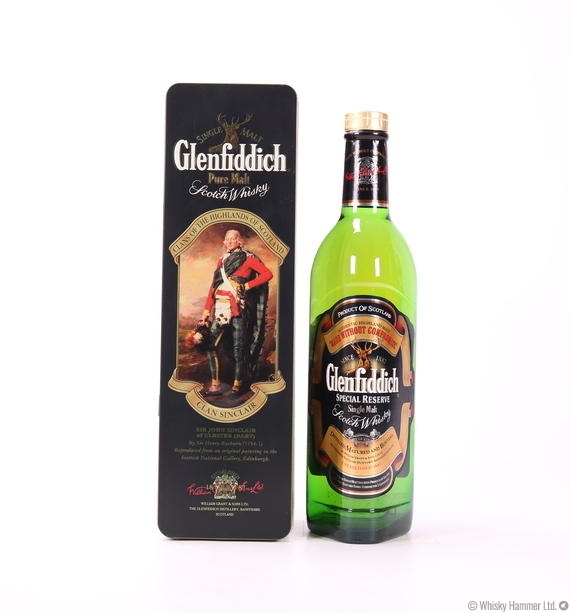 Glenfiddich Pure malt, one of the Glenfiddich Clan series, which celebrated seven of Scotland's most powerful clans.

Comes in display tin with the history of Clan Sinclair. The Tin features a painting of Sir John Sinclair of Ulbster.