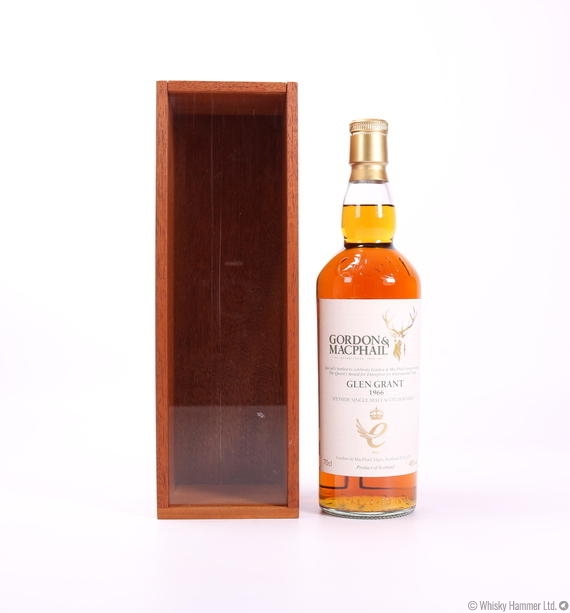 A rare bottle of Glen Grant, distilled in 1966 and bottled in October 2013 to commemorate Gordon and Macphail's reception of the Queens Award for Enterprise and International Trade.

This bottle was never available for retail and was only presented to Gordon and Macphail employees at the time.