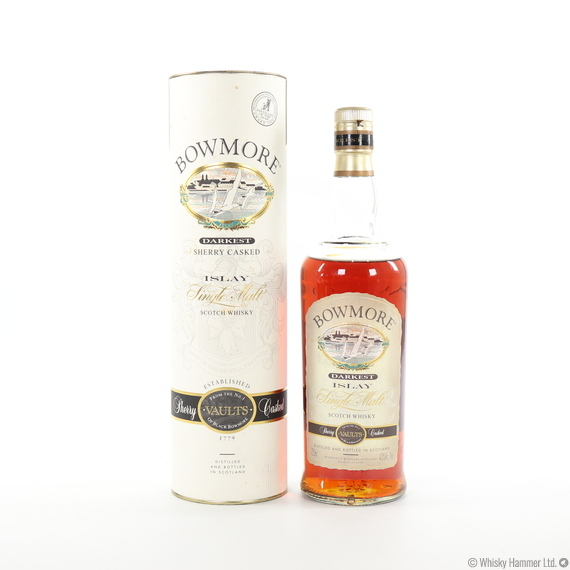 As the bottle has shown previous signs of leakage, our team will secure the seal with parafilm prior to shipping. Whisky Hammer will not be held liable for any further damage to seal during transit or on removal of parafilm.

Discontinued and now replaced by the 15 year old Darkest this Bowmore was matured in sherry casks and is incredibly popular among Bowmore fans.