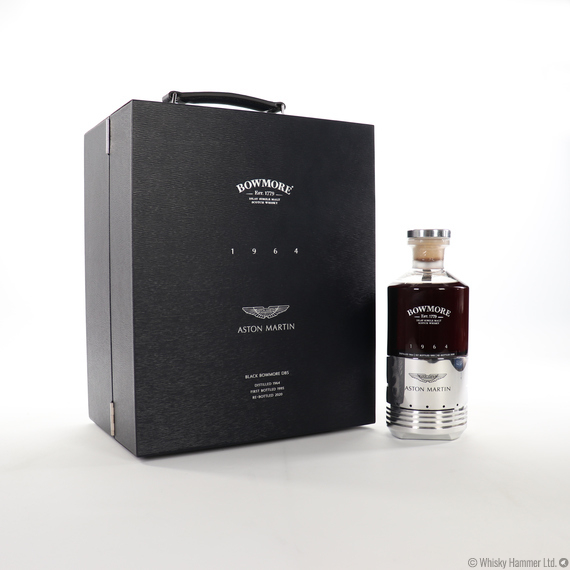 Representing the first collaboration between Bowmore distillery and Aston Martin, the Black Bowmore DB5 brings together this iconic single malt with this legendary model of Aston Martin.

Distilled in 1964, the Black Bowmore DB5 is an exceptional whisky presented in a unique decanter, made from a genuine Aston Martin DB5 piston.

Extremely rare, this sought after bottling had only 27 bottles produced with 25 made available for sale.

(*Please note that the bottle number is obscured at the request of the seller and will be unveiled to the winning bidder only.)