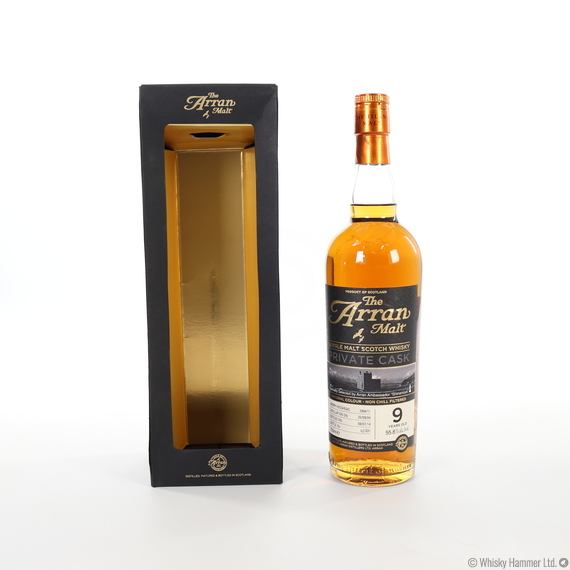 This Arran single malt was distilled in September 2004, matured in a sherry hogshead (2004/11) before bottling in July 2014 at 9 years old. Specially selected by Arran Ambassador "Shinanoya".