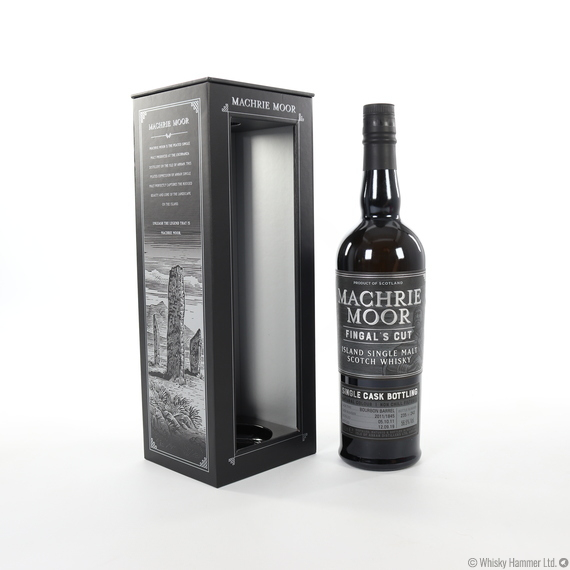 The Machrie Moor range of whiskies from Arran distillery has proved to be a poplular range. This version of the dramas from a single bourbon barrel (#2011/1845), distilled in October 2011 and bottled in September 2019.