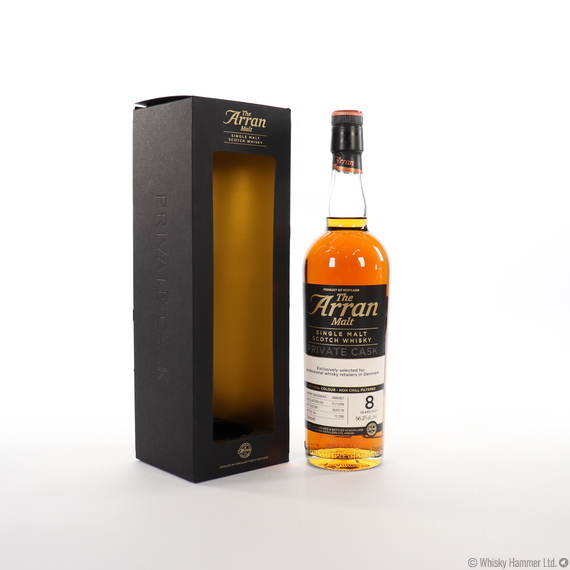 This Arran was distilled in December 2009, matured in a sherry hogshead (2009/857) before bottling in July 2018 at 8 years old exclusively for Professional Whisky Retailers in Denmark.