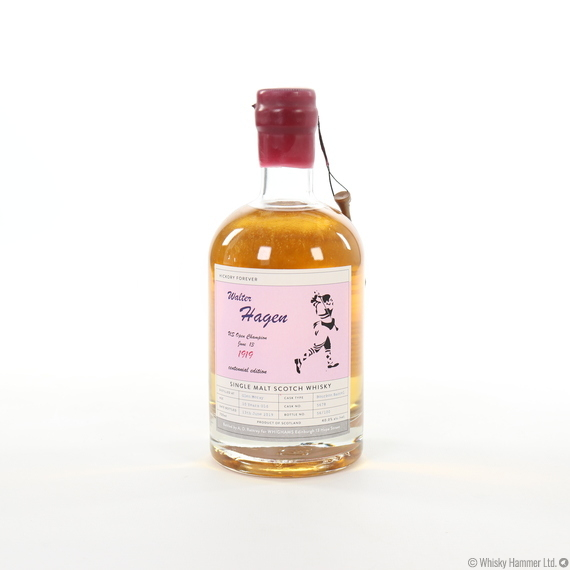 A 10 year old single malt from Glen Moray distillery, matured in a single bourbon barrel (#5678) and bottled by AD Rattray to commemorate the centennial of Walter Hagen's second US Open title.