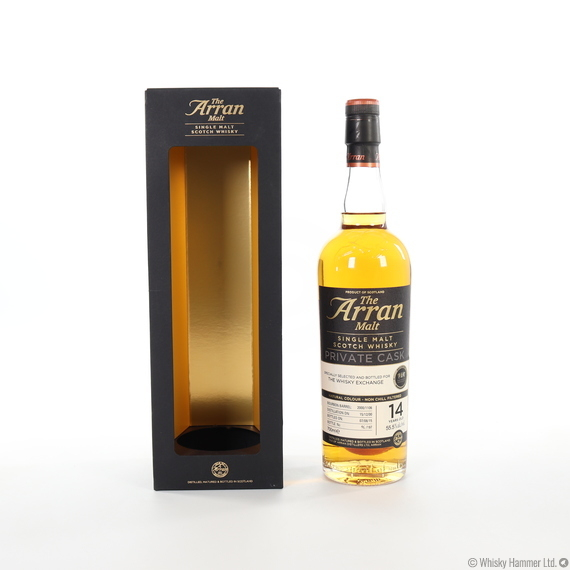 This Arran was distilled on the 15th December 2000, matured in a bourbon barrel before bottled after 14 years ageing on the 7th August 2015 at cask strength from Cask #2000/1106.  This cask was selected by The Whisky Exchange (TWE).