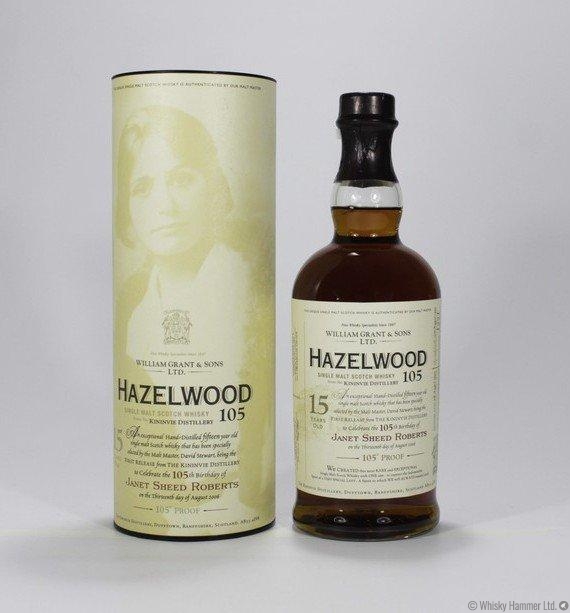 The Kininvie Distillery, one of the youngest distilleries in Scotland, began production on 4 July 1990.  The distillery was built on the grounds of the Balvenie distillery, and consisted only of a still house. Whilst featuring computer-controlled distillation, it lacks its own mash house. Mash houses are responsible for producing the liquid needed for fermentation in the washbacks, so the liquid used by the Kininvie Distillery in their washbacks was piped from the Balvenie distillery some 200 metres away.

A very special and limited bottling of Hazelwood whisky. This is the first bottling of single malt whisky from Kininvie distillery.

Given to selected staff members of the distillery, it was specially selected to celebrate the 105th birthday of Janet Sheed Roberts on August 13th 2006.