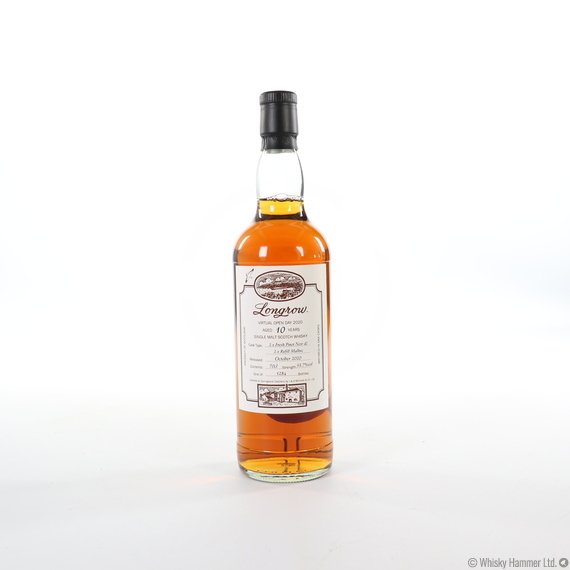 A 10 year old from the Campbeltown distillery, Springbank.  This was released in October 2020 for Longrow's Virtual Open Day.  Matured in 2 Fresh Pinot Noir & 2 Refill Malbec casks.