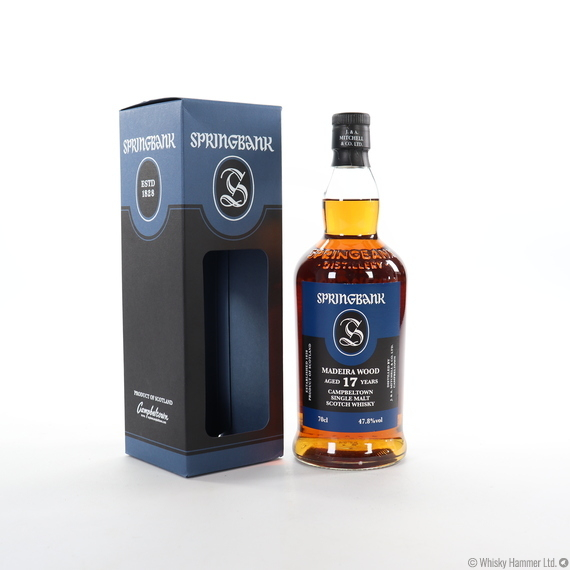 Distilled in November 2002, this 17 year old single malt has been matured for 14 in rum and bourbon barrels, followed by a final 3 years in fresh Madeira Hogsheads.

This outrun of Springbank produced a total of 9,200 and was bottled in October 2020.