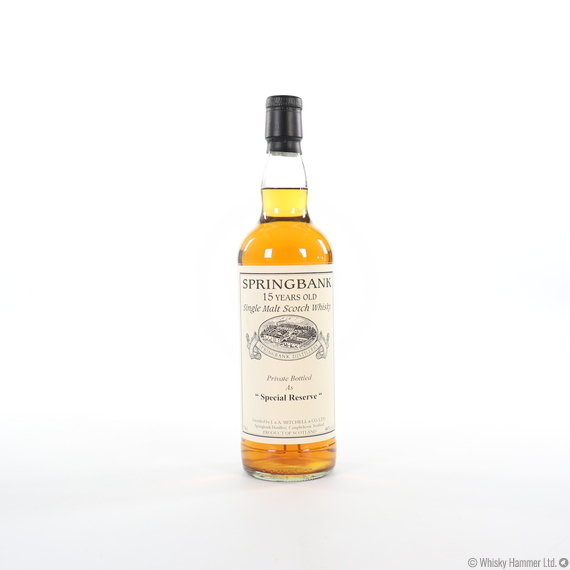 A private cask (#477) bottling as "Special Reserve", this 15 year old was bottled at Springbank distillery. Distilled in 1996.