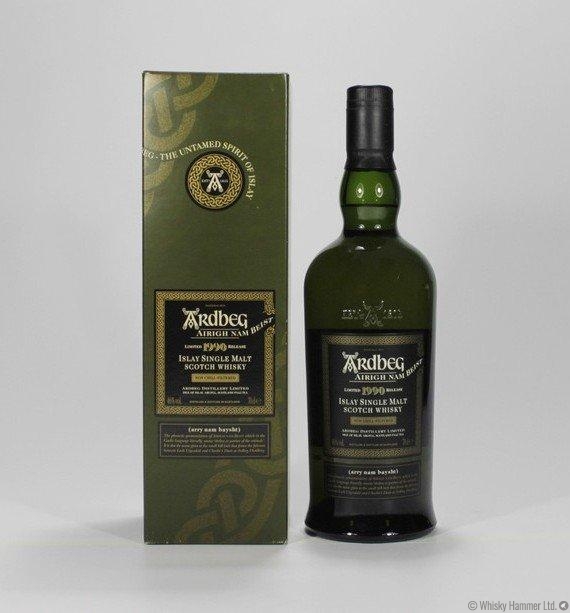 (arry nam bayst) The phonetic pronunciation of Airigh Nam Beist which is in the Gaelic language literally means 'shelter, or pasture of the animals'. It is also the name given to the small hill loch that forms the fulcrum between Loch Uigeadail and Charlie's Dam at Ardbeg Distillery.

Entirely drawn from very rare whisky stocks that were distilled and laid down in 1990 and aged in oak casks, Airigh Nam Beist is a wonderfully creamy, smoky malt, suffused in woodsmoke with notes of fennel and pine nuts, topped with tingling limes. This rare malt is a 'wee beastie' of a dram ... waiting to be released.