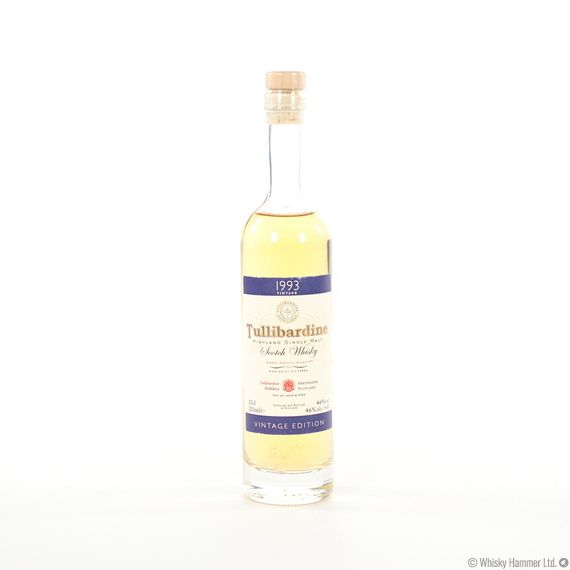 Tullibardine distillery is Scottish distillery since 1949, producing a single malt whisky. The whisky distillery is located in Blackford, Perth and Kinross, close to the Ochil Hills and the Danny Burn, their main water sources.

The distillery was mothballed in 1995 by then owner Whyte & Mackay. In 2003, it was sold to Tullibardine Distillery Ltd, who resumed production. In 2011, the distillery was sold to the French firm Picard Vins & Spiritueux. This firm in 2013 creates an entity for the spirits named Terroirs Distillers.

A Vintage expression from Tullibardine, distilled in 1993.