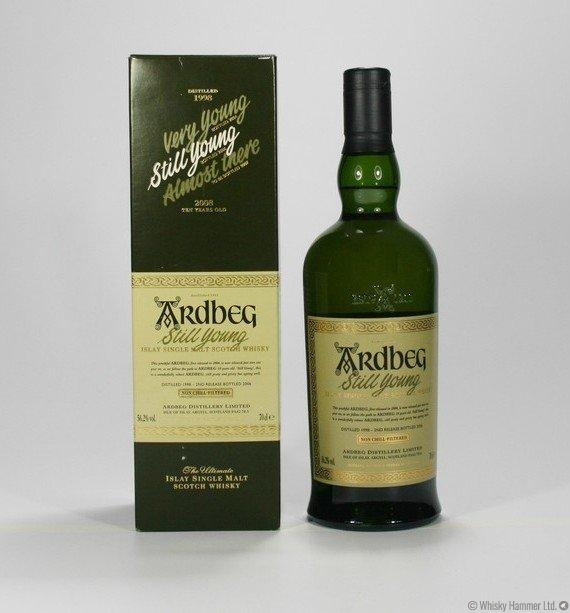 Since the distillery re-opened in 1997, many enthusiasts of Ardbeg have been keen to sample their work in progress - none more so than the Ardbeg Committee, formed to 'ensure that the doors of Ardbeg distillery never close again'. It was to them that they released a limited bottling of 'Very Young' Ardbeg for discussion and comment'.

'Still Young' Ardbeg, distilled in 1998 before being bottled in 2006, is therefore another step along this peaty road and in 2007, a final limited release 'Almost There' completed the journey to full maturity.