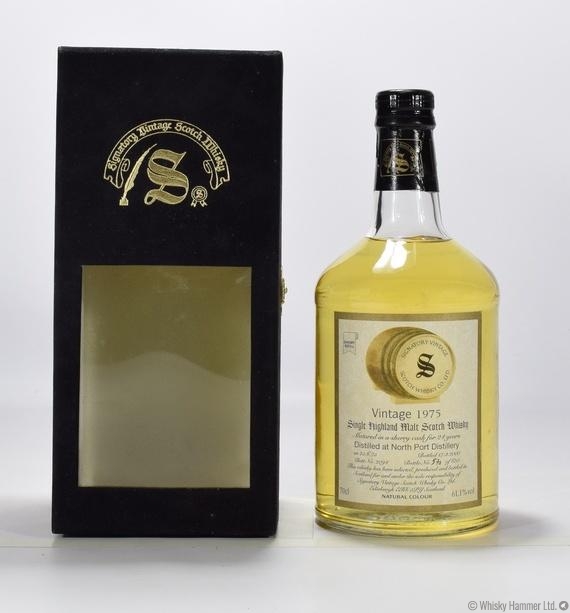 The North Port distillery was a distillery in Brechin, Angus that produced single malt Scotch whisky. The distillery was latterly owned by Distillers Company through its subsidiary Mitchell Brothers.

North Port was modernised in the 1970s, but closed in the cull of 1983 and was demolished in 1994. The site is now home to a supermarket.

A 1975 vintage from North Port (Brechin) released by independent bottlers Signatory. Distilled on 25th June 1975, it was aged for 24 years before being bottled in August 2000.