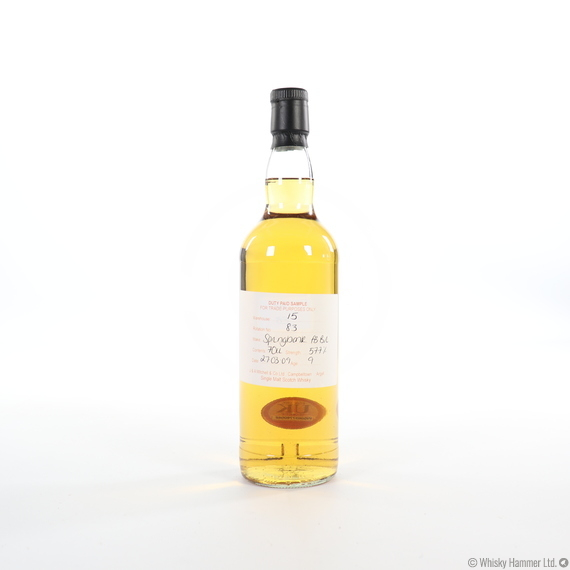 A duty paid sample of 9 year old single malt from the Springbank distillery. Bottled by J&A Mitchell on the 27th March 2009.