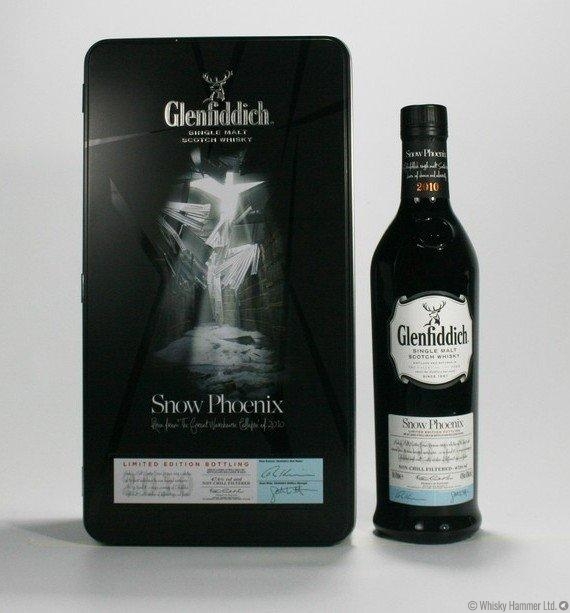 After weeks of heavy snow and record low temperatures at the Glenfiddich distillery in January 2010 the distillery was faced with collapsing roofs in four of its warehouses.

This unfortunate event inspired the "Snow Phoenix", as illustrated on the front of the presentation tin.

Weighed down by four feet of densely compacted snow, the roofs collapsed and exposed hundreds of maturing oak casks to the night sky. In winter conditions and temperatures of -19˚C, distillery staff swung into action – working round the clock to clear the snow.

Although this expression is bottled without an age statement, the whisky has been highly acclaimed and includes Oloroso and American oak casks from warehouses ranging from 13 to 30 years old.