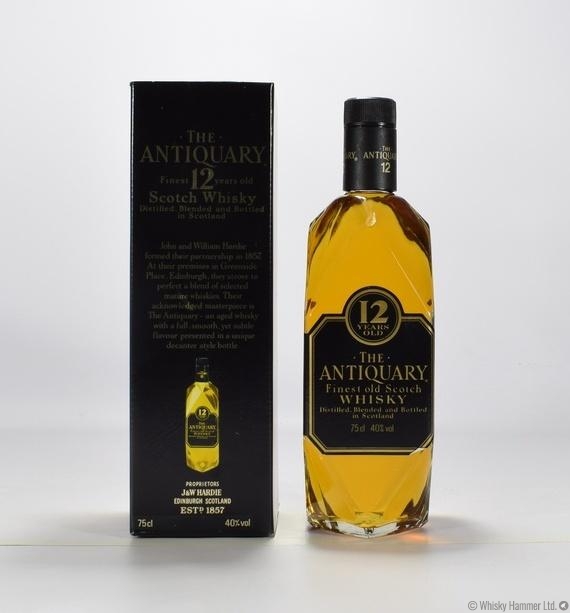 A 1980s bottling (75cl) of 12 year old blend from Antiquary - a blend of some of Scotland's greatest malt and grain whiskies, including Royal Lochnagar, Tomatin, Cragganmore, Mortlach, Bowmore, Glenkinchie and many more.