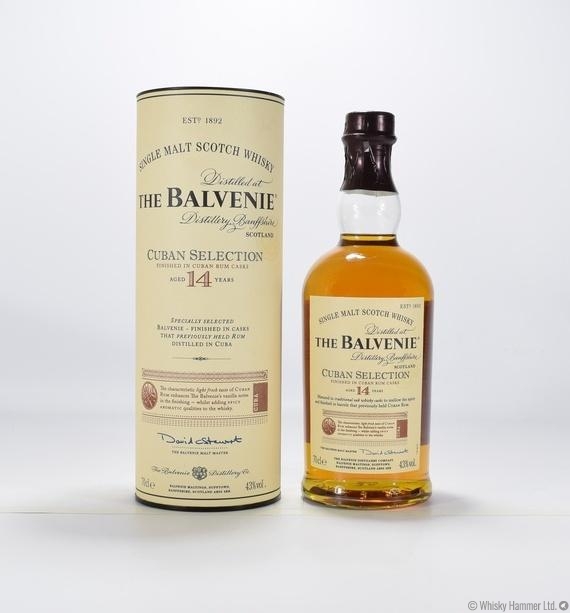 Released exclusively for the French market this is an exceptional 14 year old single malt from Speyside distillery Balvenie, extra matured in Cuban Rum Casks which enhances the vanilla notes and adds a spicy aromatic quality to the whisky.