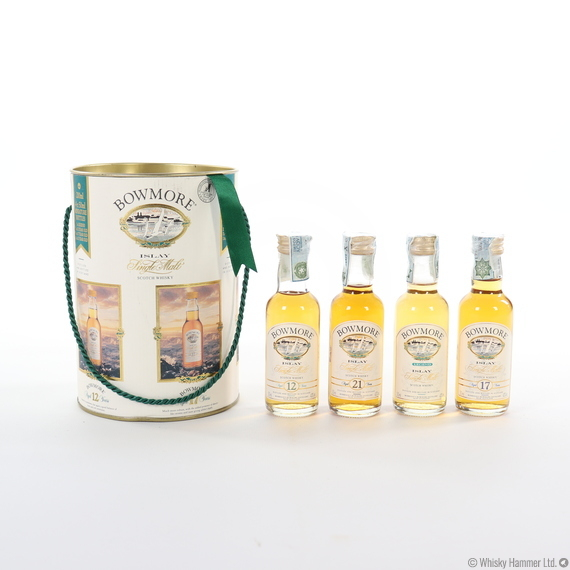 This lot contains four bottles of the Old Bowmore range in a presentation drum: